What Commercial Tenancy Contract Is Right for Me? Leases vs. Licences

Navigating the complexities around commercial contracts can be tricky. Let us help you untangle it
Believe us when we say this: commercial tenancy contracts can be a freakin’ headache. We know because we’ve dealt with a fair few since we started Stashbee.

If you’ve found the perfect tenant for your commercial property, but don’t know where to start, allow us to untangle things for you. Get ready for a crash course into the weird and wonderful world of UK property law.

Differences between commercial and residential leases

Since both parties to a commercial lease tend to be legal entities (i.e. businesses), there is more room for negotiation on the terms of the contract. Residential leases, on the other hand, are more strictly regulated and benefit from larger legal protections because the tenant is typically an individual.

Commercial leases also tend to be longer in duration and would generally stipulate responsibilities relating to the upkeep and any repairs to the property.

When a landlord is letting out a commercial property to a tenant, there are three types of contract they can choose from:

Leases and licences are by far the most common type of contractual arrangement. At their core, they both allow the tenant to occupy a property and use it for a specific commercial purpose, for a period of time and in exchange for rental payments.

That being said, there are also some pretty important differences, which would influence your choice of contract.

A lease has three main elements:

Exclusive possession means that for the duration of the lease, it’s as if the property belonged to the tenant (subject to any restrictions agreed between the parties). Not even the landlord can exercise ownership rights during the lease.

Leases also create a ‘legal interest’ in the property. That’s just a fancy way of saying that if the property gets sold during the lease, the sale would have to comply with what’s already written in the lease.

Usually, leases aren't reversible, but they can be transferred from one tenant to another.

In contrast to a lease, a licence:

Because the tenant doesn’t have exclusive possession, the landlord retains the right to move the tenant to a different part of the property, and the tenant is obliged to comply with such a request.

While licences give fewer rights to the tenant, they are simpler to negotiate and provide more flexibility, making them useful in certain situations.

When should I use a lease or a licence?

We know that all this talk of exclusive possession, legal interest and transferability can be confusing. For that reason, we’ve created a quick cheat sheet to help you decide which type of contract is most suitable for your situation.


What's a tenancy at will?

There is also a third type of commercial tenancy contract called a tenancy at will. If a lease is like the Incredible Hulk and a licence is like Superman, then a tenancy at will is like Spiderman. He’s quick on his feet, but he’d definitely lose an arm wrestling competition with the other two.

Like a licence, a tenancy at will does not create a legal interest but is even more flexible and with fewer particulars specified. It can usually be terminated with immediate effect, making it suitable as a stop-gap, short-term solution while a longer-term contract is still being negotiated.

It's important for this kind of contract to be correctly drafted to prevent a 'periodic tenancy' being created inadvertently (this would mean it becomes a rolling tenancy with no fixed end date).

Right to remain - or security of tenure as it is known - was part of the Landlord and Tenants Act 1954. It meant that businesses would have the legal right to remain in the premises after the end to the initial lease term. This protected businesses that were offered a lease of more than 6 months from being evicted at short notice, having invested heavily in the premises.

However, Schedule 1 of the Regulatory Reform (Business Tenancies) (England and Wales) Order 2003 updated the 1954 Act. It states that leases now exclude security of tenure - the tenant will not have the right to remain after the end of the lease.

They must either vacate or extend / negotiate a new lease with the landlord. The landlord may also ask for increased rental for the space as part of the negotiation, and the tenant cannot claim back any loss of earnings as a result of losing the premises.

💡Top tip:
When agreeing to a lease, the landlord must provide written notice of this 2003 order. There is an example notice letter included in Schedule 1 of the order (see more here). If a tenant receives this notice less than 14 days before the start of the lease, they must sign a ‘statutory declaration’, but more on that below. Otherwise, a ‘simple declaration’ will suffice.

This will cost you £5 - a set fee - in addition to £2 for each exhibit that needs to be viewed by the solicitor (this was set by the Commissioners for Oaths (Fees) Order, 1993). It’s also probably the least you’ll ever pay for a solicitor ever, so that’s an added benefit.

In the context of a commercial tenancy contract, a statutory declaration must be signed if the notice of a lease without the right to remain is received less than 14 days before the lease start date.

👀 Watch out
Even if you entered into a licence to occupy with a tenant, it could still be considered a lease in a court of law if it meets the criteria of a lease. This could result in the tenant getting right to remain, which would limit your ability to use the property as you please in the future.

For that reason, it’s important that you consult with a solicitor to ensure your licence agreement is well drafted and all the necessary legal notices and declarations are completed accordingly.

As it often happens in UK law, a lot of the terminology relating to commercial leases hasn’t been updated since the time powdered wigs were all the rage. 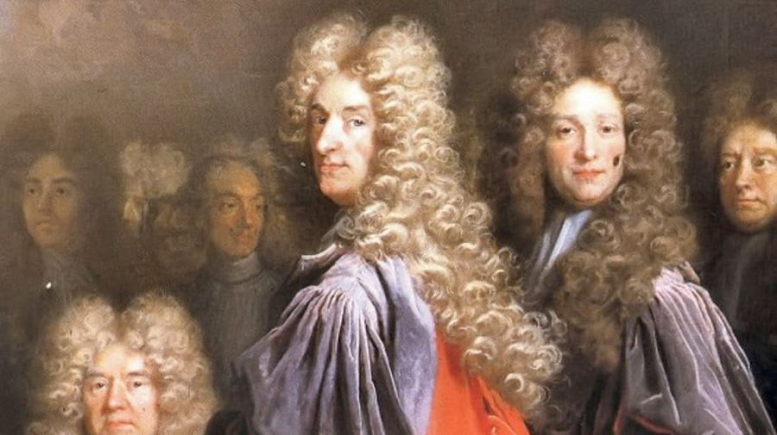 Here’s a brief set of definitions for some of the most commonly used terms you will encounter when dealing with a commercial lease:

Each lease is slightly different from the next, but some of the items you’ll always find in one include:

While the above list encompasses the main elements you’d find in a lease agreement, there are a lot of nuances and different types of arrangements. We’ll go into more detail on those in a future blog post.

The content in this article is intended to serve as a guideline and shouldn’t be taken as legal advice. Entering into a commercial tenancy agreement typically involves a significant financial commitment, so you should always consult with a solicitor before signing on the dotted line.

If you’re in the process of negotiating a commercial contract and need some further help, don’t hesitate to contact us. We may not be able to answer all of your questions, but we can connect you with someone who can.

Finally, if you’ve got a commercial property and you’re considering renting it out, check out our Warehouse Pricing Calculator to see how much you could earn.

What Are Business Rates?

All you ever wanted to know about business rates but were too afraid to ask...