The 2021 ULEZ Expansion Explained: Where to Park to Avoid ULEZ

The 2021 ULEZ expansion is right around the corner. Here is how to avoid paying hefty fees simply for the privilege of driving in Central London.

One of the few perks of lockdown was that the air quality in Central London improved - and we mean big time. If there is any drawback to life returning to some semblance of normalcy, it’s that emissions are creeping back towards their pre-lockdown levels.

With serious sustainability goals still at the front of the city’s mind, the UK government has decided to take action quickly. The first step in their plan is to expand the current Central London Ultra Low Emission Zone (or ULEZ, which is much less of a mouthful).

This means that more people who drive and park in the city centre will be affected. Anybody driving in the area in a vehicle that doesn’t meet emission standards will have to pay hefty daily fees. As a result, it’s useful to know what your options are when it comes to finding London parking spaces for rent outside of the expanded ULEZ boundary. 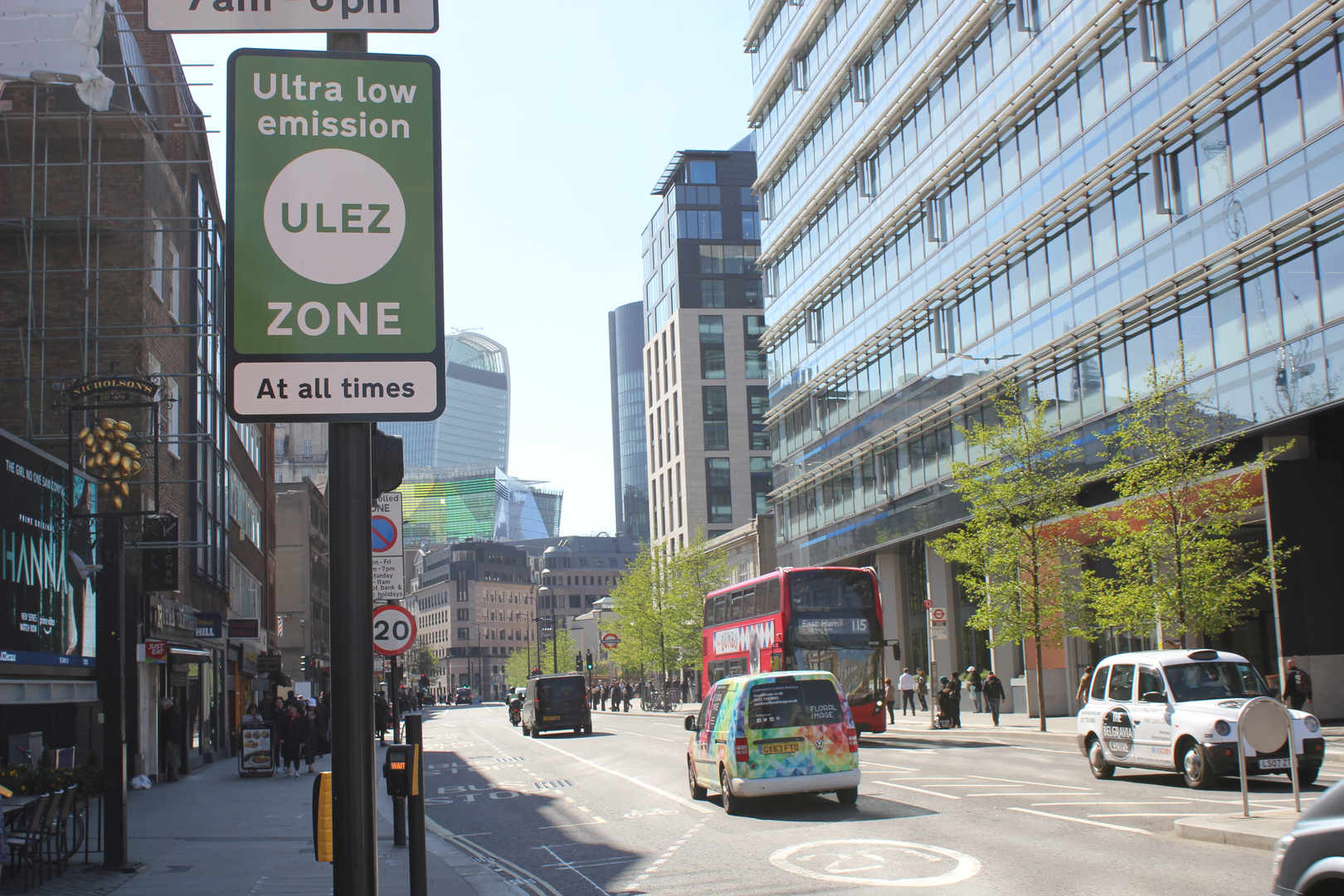 What You Need to Know About the 2021 ULEZ Expansion

If you own a car, it’s always a good idea to stay on top of any changes to driving and parking laws, no matter where in the world you are. But the ULEZ expansion is not only a big change, but a potentially disruptive and costly one, especially if you don’t have your ducks in a row.

Here’s everything you need to know to make it easier to navigate the upcoming changes.

When and where is the ULEZ expansion happening?

The ULEZ expansion kicks off on 25 October 2021. Roughly speaking, the area will be expanded up to, but not including, the North Circular (A407) and South Circular Road (A205). You can learn more about the specific boundaries here.

Why is the ULEZ expansion important?

There are still many areas across London that exceed the legal limits for air pollution, with traffic emissions one of the biggest culprits contributing to the problem.

Since ULEZ was first introduced in 2019, the number of cars meeting emissions standards in London has risen significantly and the ULEZ expansion hopes to keep building on this. Ultimately, encouraging greener transport will lead to greener cities which, in turn, will contribute to a greener planet.

Now that gets the green light from us!

Are there any days when ULEZ does not apply?

The newly expanded ULEZ will operate around the clock every day of the year, with the exception of Christmas Day (25th December). This shows that the government clearly means business — not even the Queen’s birthday will get you a free drive through the area.

Which vehicles does ULEZ apply to?

The following vehicles will all have to meet ULEZ emission standards or pay the daily fee:

Try the government’s online tool to see if your car sizes up.

What are the emissions standards for ULEZ?

The existing ULEZ emissions standards will stay the same:

How much does it cost to drive into ULEZ?

Driving through the area in a vehicle that doesn’t meet emissions standards will set you back £12.50 per day, from midnight to midnight.

There’s no dodging the ULEZ fees either, as cameras will check your number plate as soon as you enter the zone. The technology can identify the make and model of your vehicle and charge you automatically.

Auto-payments can be set up with TfL’s Pay to Drive app, which charges £10 a year per vehicle registration. You have three days to make payment after any trip, otherwise penalties are applied.

Remember, if you also drive in the congestion charge zone in Central London between 7am and 10pm, an additional £15 daily charge applies.

How to Avoid ULEZ

According to our rough calculations, if you drive in the congestion charge zone five days a week with a vehicle that doesn’t meet ULEZ standards, it will set you back more than £550 a month in extra fees. Ouch!

We can’t blame you for wanting to avoid this, so here are a few ways to make things a little easier on your bank balance.

1 – Rent a parking space outside of the ULEZ zone

The best way to avoid ULEZ charges is to rent an affordable parking space outside of the ULEZ zone with Stashbee. That way, you can just commute into work from there every day.

Our platform saves you time, stress, and money by giving you thousands of spaces to choose from. We’re talking preset prices, secure payments, and no hidden fees. Enough said.

2 – Use London car parks outside of the congestion zone

Another option is to consider London car parks that sit outside of the ULEZ zone. This might initially seem like a good idea, especially if you’re after a safe space in an area where someone keeps an eye on the cars.

But here’s the kicker: you’re never guaranteed a parking space in a public car park - once it’s full, it’s full. They can also be very expensive, and you may end up paying just as much as if you chose to drive into the ULEZ zone to begin with.

Forget about expensive parking garages and get exactly what you’re looking for with Stashbee instead. Your space will be reserved, it will cost you a fraction of the price, and you may even enjoy the good morning wave to your Host before you head off to work every day.

As a last resort, you could consider buying a new car that meets emission standards… but during a global pandemic, this might not be financially viable. The last thing you want is to carry a new load of debt when things are already quite tight economically.

If you’re not keen or able to part with the “old faithful” just yet, a parking space rental with Stashbee is a good short-term alternative. 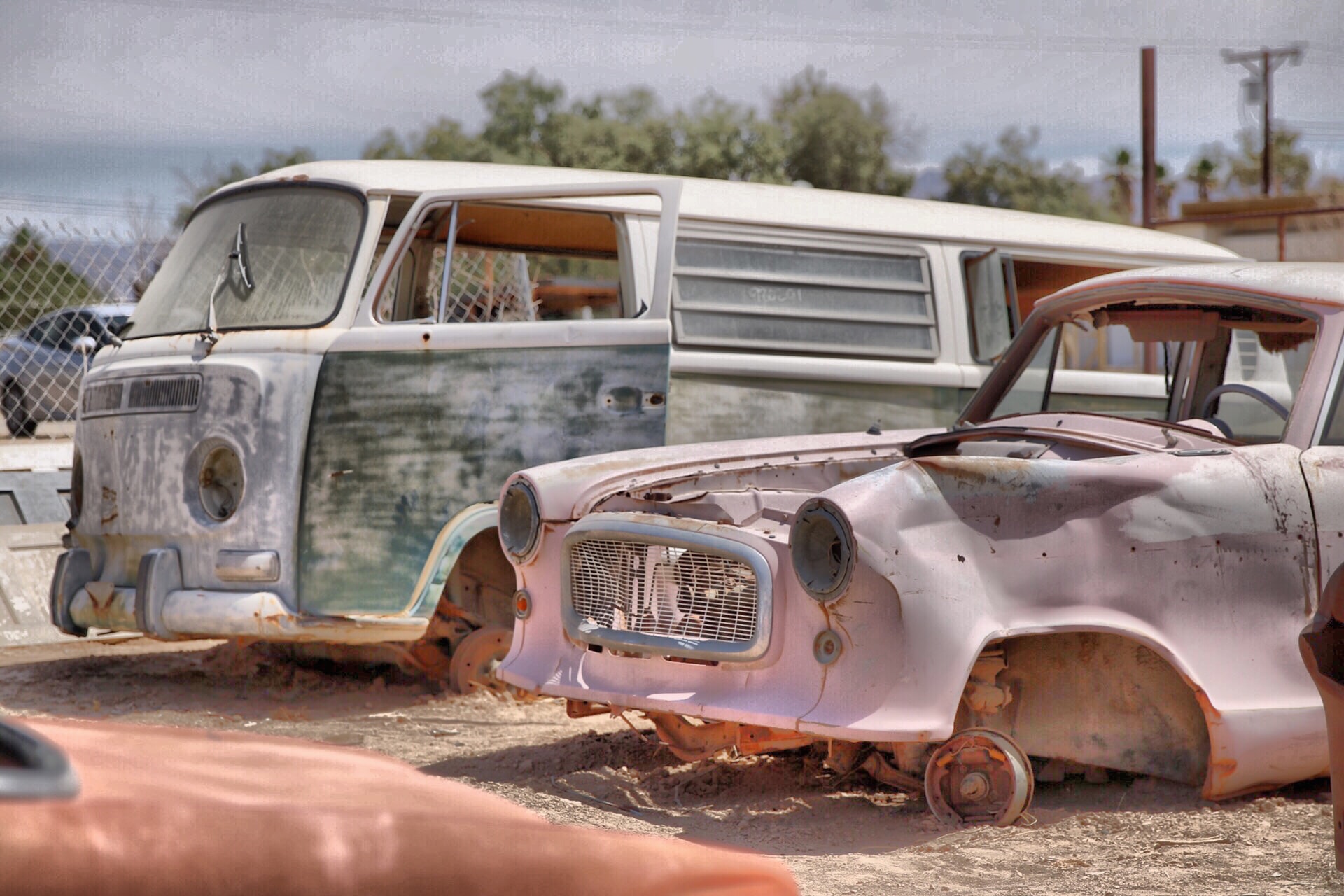 Uhh, unless this is Old Faithful… then we recommend a new car yesterday!

Where Can I Park to Avoid ULEZ?

Parking with Stashbee can be way more affordable than driving into London every day and paying the associated charges, but the proof is in the pudding. Now that the ULEZ has expanded to both the North Circular and South Circular, there are plenty more suburban areas of London where you can park to avoid the zone. Here are some of Stashbee’s parking options, complete with their average listing prices, to help you get around the fees. 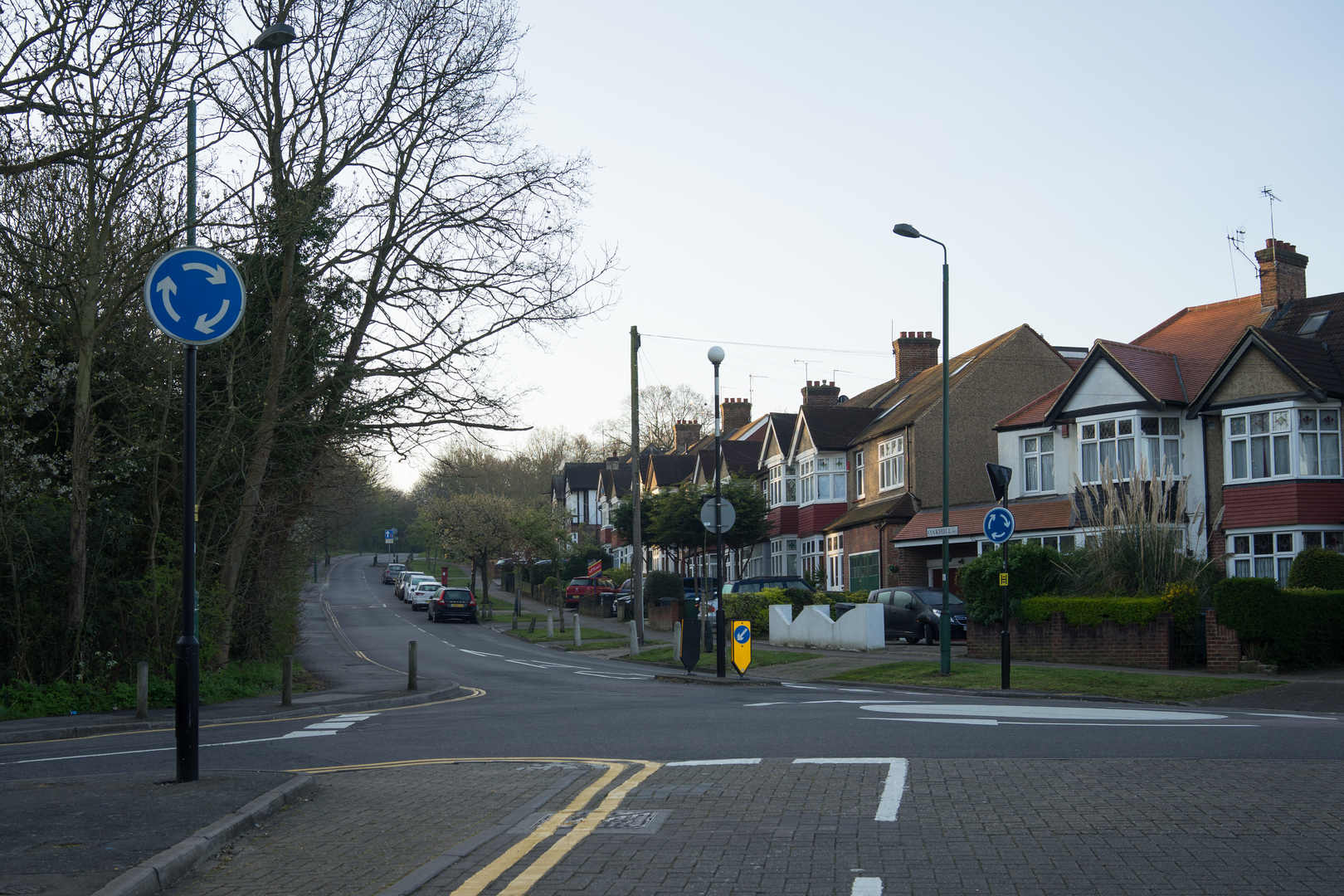 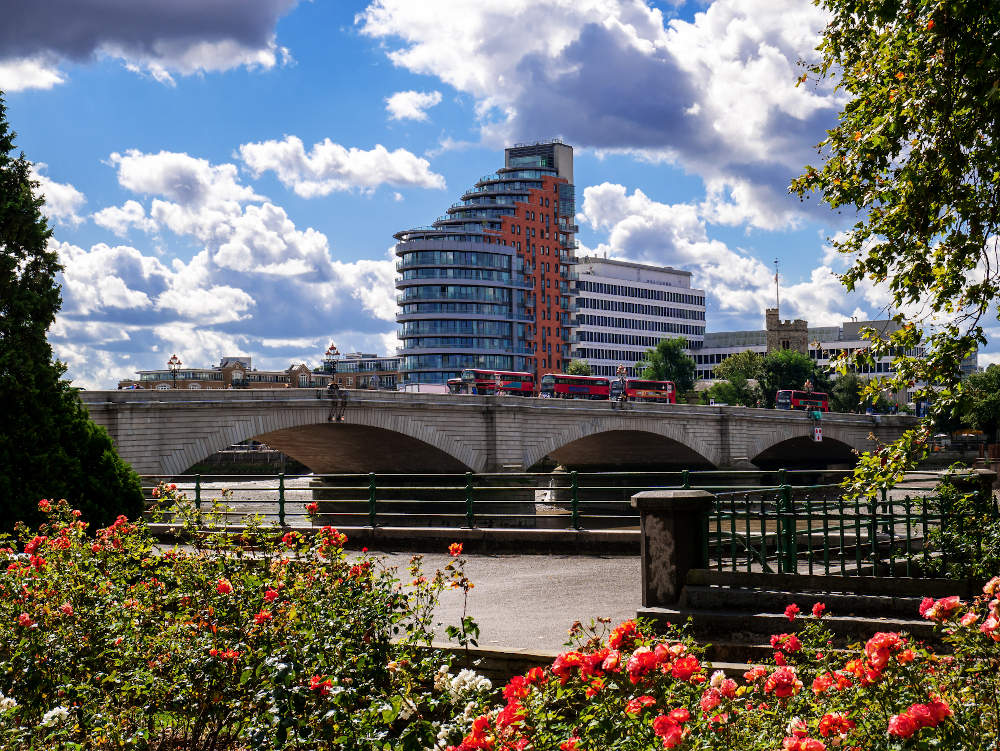 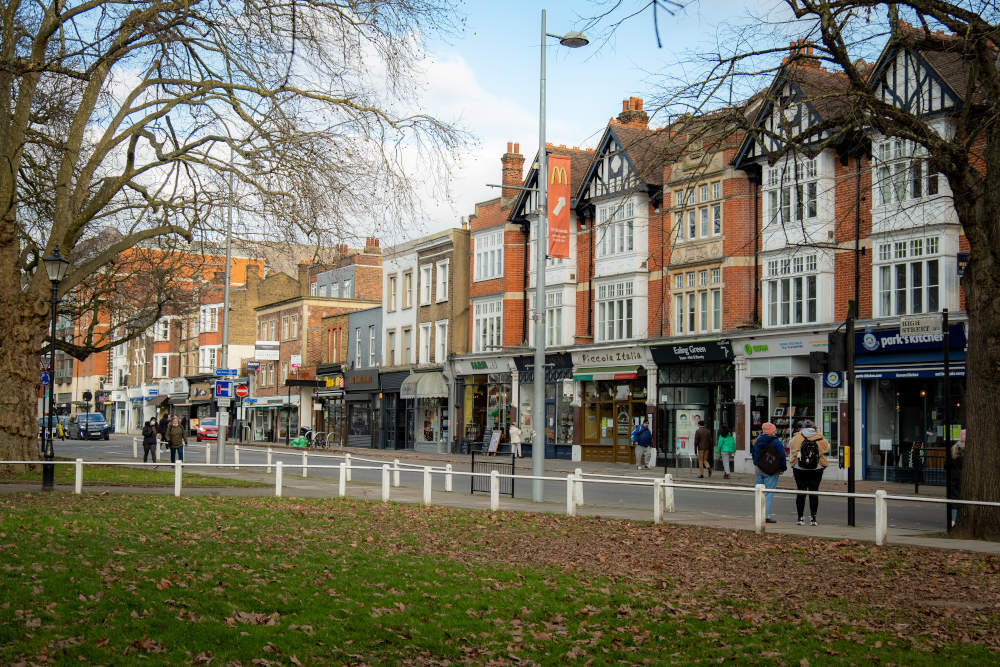 Now that you know everything there is to know about the 2021 ULEZ expansion, you can start to prepare for the changes.

First, check the status of your vehicle. Then rent a short-term, long-term or hourly parking space through Stashbee on the outskirts of the expanded zone to avoid what can quickly become a costly daily commute. Finally, think about what you want to do with all of that money you’re saving!

Whether you're a first time driver or owned a car for years, here's a head's up ...

The commuter towns around London allow a different pace of living close to the c...

Find out how electric cars are changing our roads for the better and where to fi...

In need of motivational songs for work? Get your day started with these tunes, p...

How Clever Commuters Save Money on Parking in London

Parking in London has never been so easy - all thanks to Stashbee! Follow our to...

How to Return to Work Safely After COVID-19

Are you wondering about safely returning to work after coronavirus restrictions ...

4 Ways to Save Money on Your Commute to Work

You can save money on your commute even if public transportation isn’t safe righ...