As the second largest city in the UK, Birmingham is a popular place to move. Find out more here.

As the second largest major city in the UK, Birmingham is the most populated area in the UK and is home to a diverse culture, rich in music, sport and art.

Known for famous TV shows like Peaky Blinders as well as being the host of the most recent Commonwealth Games and the home of Cadbury chocolate, Birmingham makes a fantastic place to move to if you are looking to explore new cultures and try new things.

Despite Birmingham being a popular location to relocate to, whether for work or other reasons, you may not know much about the city. That is where we come in. With this handy guide to moving to Birmingham, you will be clued up in no time!

The Cost of Living in Birmingham

If you are considering a move to Birmingham you will be pleased to hear that it is still cheaper to live than most other cities. House prices sit quite a bit below the UK average and the ratio of house price to earnings is pretty decent. The council tax is also ~8% below the national average.

Because of this, Birmingham can actually be considered one of the most cost-effective places to call home in England. This makes it a great place to live, especially for young professionals and graduates or those relocating to the UK. As with any town, the closer to the city centre and transport links you are, the more expensive!

Compared to London, and other UK cities, living costs in Birmingham are also quite low - so, you can do your food shop and eat out for a much lower rate than in the capital!

When it comes to housing, you have the option to buy or rent in Birmingham - if you’re looking to save some money you could also houseshare, and look for housemates on sites such as Gumtree or SpareRoom. 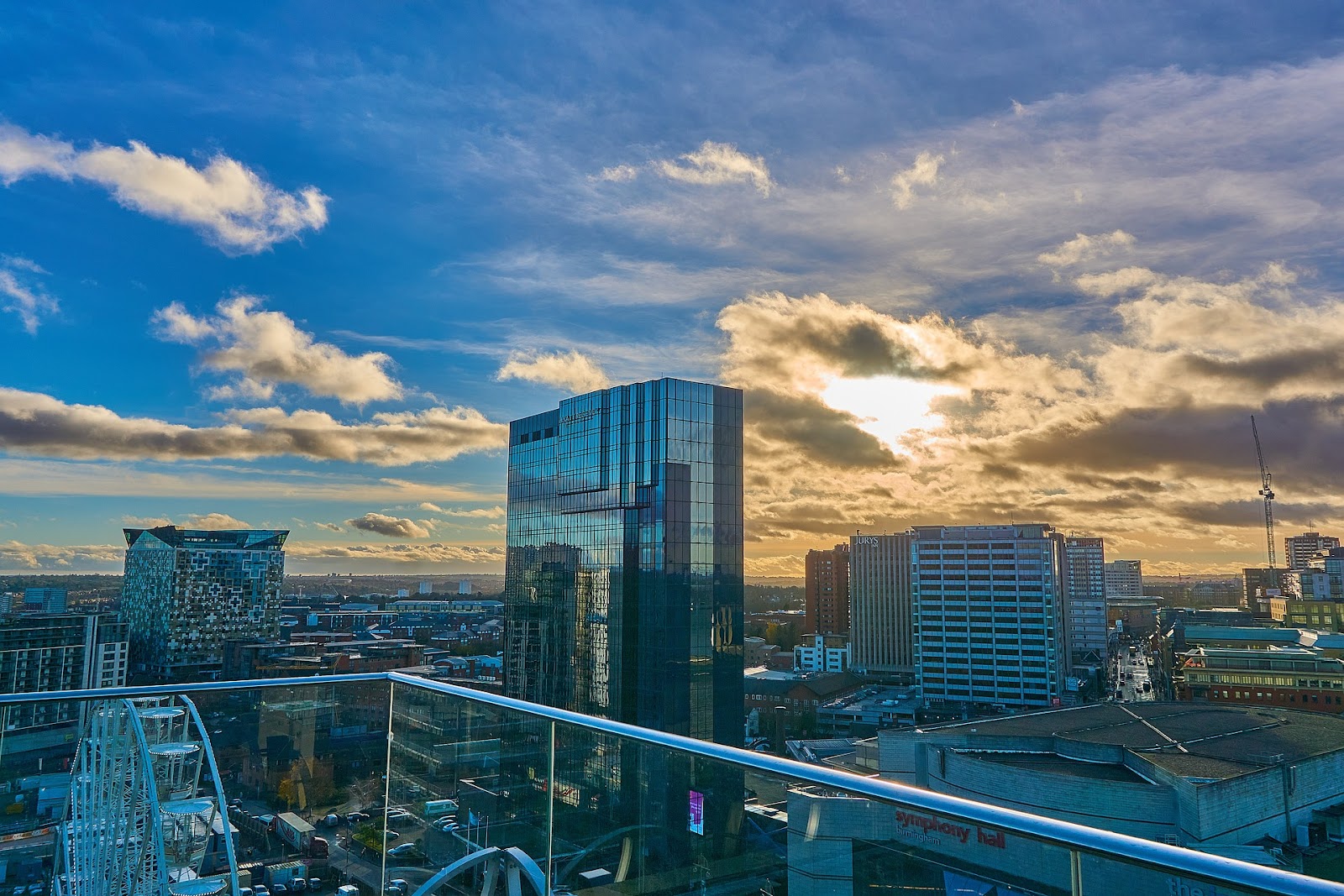 Birmingham has a booming economy, which is why it makes it such a popular place move to, and many do so for work specifically. People flock to Birmingham from around the UK and Europe for its impressive employment opportunities. Industries such as manufacturing, engineering, retail and tourism are all popular job markets in the city.

Make sure to check out the local job market before moving, if you are looking for jobs in the city you can check out job boards such as Indeed to see what is out there.

Other main industries in Birmingham include health and social work, education and retail. Unfortunately, the Covid-19 pandemic hit Birmingham pretty hard, with higher unemployment rates being recorded since. However, there is hope that the city will recover well due to big-name brands calling the city home.

Transport is always something to consider when moving to a new city. The last thing you want is to move, and not know how to get around easily! Luckily, Birmingham offers a good public transport system that includes bus, train and tram - or midlands metro - networks. Trains from London to Birmingham generally only take between 1.5 - 2.5 hours.

Birmingham promotes green initiatives and so relies quite heavily on its public transport network - so whether you choose the bus or tram you will find navigating the city pretty easy. The Bus services run regularly through the day and night, aside from Sundays and the tram runs every 6-8 minutes Monday to Saturday.

Not only is getting around Birmingham itself easy, but there are also multiple train stations in the city so you can access the rest of the UK by rail.

Birmingham has a great cultural scene and lifestyle. Mainly it is quite family-orientated - lots of young families live in the area and there are plenty of fun attractions and events held locally that are perfect for kids. Not to mention the football team - Birmingham City - though they are not the only West Midlands team, with Aston Villa and West Brom also being in the area - and many other teams!

There are also a number of parks and green spaces to enjoy, so you can spend time exercising and enjoying nature, despite living in the city! This is great for people of all ages and particularly good for those of us with pets that like to run around outside.

If you are still looking for things to do to fill your days in Birmingham, there are also plenty of museums and art galleries to explore. Or, if you prefer to explore the city's history there is plenty of that to see too, including St. Paul's Church - the oldest building in Birmingham.

If shopping is what you’re looking for, Birmingham is definitely the place to be. There are multiple different shopping districts that people flock to, including Birmingham’s Bull Ring Shopping Centre which has a Selfridges. Birmingham is also home to the World’s Largest Primark - so you can bag yourself a bargain!

When it comes to partying, Birmingham doesn’t hold back. There are a variety of different bars and clubs around the city which are always bustling with people unwinding after work. It is a great place for a night out especially when there is an event on!

And, the fun doesn’t stop there - especially if you love food! Birmingham has an eclectic culture which lends itself to a fantastic array of food and restaurants - from cheap and cheerful to Michelin starred! So, whatever your taste buds wish for, you will certainly find it!

There you have it! Now, you know everything you need to know about moving to Birmingham. As with any move, it can be stressful so you should always be prepared. Make sure to have lined up a job if you can beforehand as well as a place to live - whether that be rented or purchased.

Once you’re ready to make the move, you simply need to pack up and go. Birmingham is a friendly city so you will find like-minded people and settle in before you know it! If you find yourself with some extra space after the move, why not list it on Stashbee and earn some extra money!