Thinking of moving to Manchester? You’ll find everything you need to know about moving to and living in Manchester

There’s no doubt that Manchester is a fantastic place to live. When you look at everything Manchester has to offer it’s easy to understand why more and more Brits are moving there.

This is a city famous for its friendly locals, rainy climate and world-class footballers. It’s the breeding ground that brought the UK national treasures ranging from Emmeline Pankhurst to Liam Gallagher and Marcus Rashford.

Before you make any big decisions make sure to read this guide. You’ll find everything you need to know about moving to and living in Manchester and might just figure out whether it's the city for you.

Situated in North West England, Manchester is the second largest city in the UK after London, with a population of approximately 552,858. Greater Manchester, the county’s wider metropolitan area, bumps that figure up to a whopping 2.86 million.

If you’re flirting with the idea of becoming a Manchester local you’ll be happy to hear it was voted The Economist’s ‘most liveable city’ in the UK in 2018. This index accounted for healthcare access, education, social stability and local crime. Homedit’s 2021 survey also ranked Manchester as the safest location to buy a house in the UK. 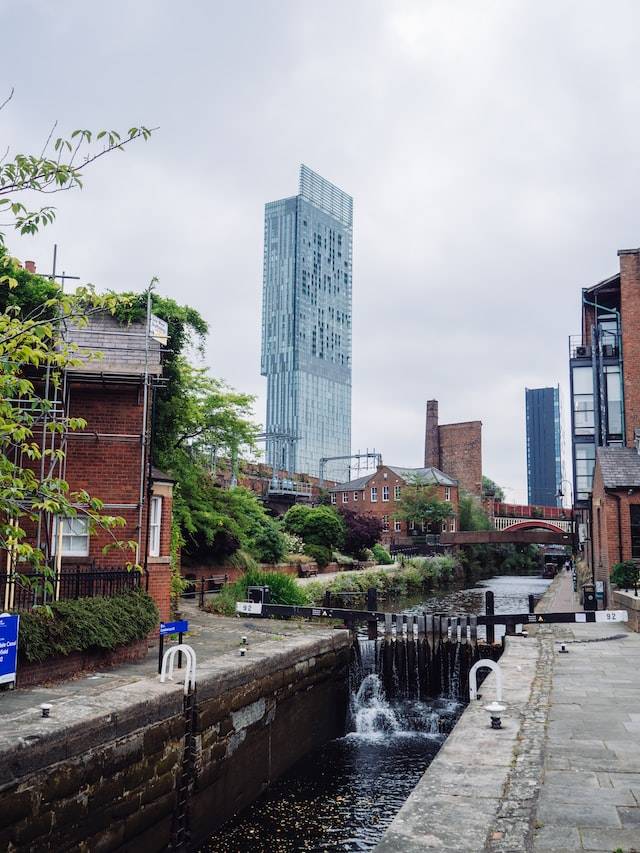 Manchester has great connections to the rest of the country. It’s a short drive away from Liverpool and Bolton and fast trains leave for London every 20 minutes. The city’s main stations, Manchester Victoria, Manchester Piccadilly and Manchester Oxford Road are spread out around the city centre.

Manchester airport is just 9 miles from the city centre while Liverpool John Lennon airport and Leeds Bradford airport are only a stone's throw away.

Manchester also has a tram network - the Metrolink which helps locals travel as far east as Bury and west to Manchester Airport.

A monthly transport ticket is £54, a pint of semi-skimmed milk goes for 40p and the average Manchester pint will set you back between £3 and £4.50. You can check an average grocery price list here.

The average house price in Greater Manchester is £261,009. Detached homes are the most expensive on the housing market averaging at 420,089. Blocks of flats are more concentrated in the Manchester city centre and you’ll pay a premium for it.

Every property in Manchester is divided into one of eight council tax brackets (A-H). As of 2022/3 the lowest bracket pays an annual average of £1,248.39 council tax. At the other end of the scale, some property owners pay as much as £3,745.17.

As with any big city, different areas have different atmospheres and property prices. Each neighbourhood has a unique feel and wherever you settle you can nip between them on Manchester’s excellent public transport system.

The Northern Quarter is a popular area with young renters. Packed full of bustling coffee shops and independent restaurants this is an artsy area known for its graffitied red brick buildings. Many of the housing options here are in state-of-the-art, new-build apartment blocks.

Ancoats is another happening area for the younger market. Housing is split between newbuilds and flats in converted mill buildings. Ancoats is just a short walk from Manchester Piccadilly, the city’s biggest railway station.

Altrincham is an affluent market town in Greater Manchester, 8 miles Southwest of the city centre. It’s a great place to raise a family, boasting excellent local schools, a beloved food market and lots of greenery. The Metro tram can whisk you from this peaceful suburb to the city centre in under half an hour.

For many, the leafy suburb of Didsbury would be the top pick of Manchester’s many neighbourhoods. This suburb is a wonderful place to build a family, complete with top schools and Victorian homes. That being said, a higher cost of living is part and parcel of this affluent neighbourhood.

The Trafford Centre and Salford Quays are hubs for all the shops you can imagine! 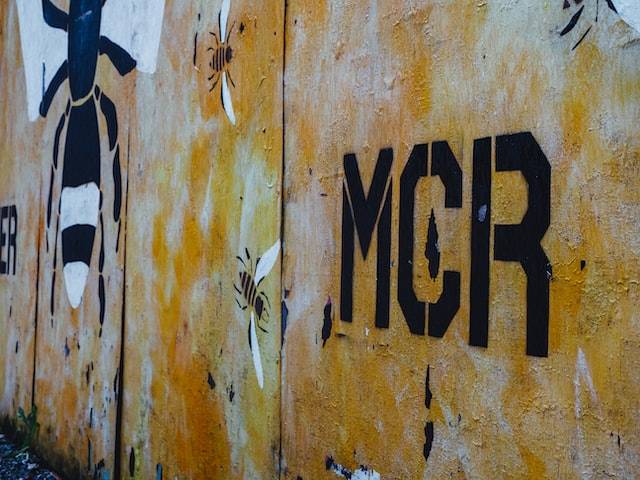 Previously Manchester was the industrial capital for cotton. The old brick mill buildings are a common sight across the city’s architecture, standing side by side with skyscrapers. The business sector is clearly still booming.

Many big-name British brands like Kelloggs, Adidas and Missguided are all based here. A decade ago the BBC relocated to Salford, a 30-minute drive from the city centre and many creative types moved Northwards to follow the jobs.

There are many job opportunities in Greater Manchester. The biggest sectors are media and TV, finance, healthcare and advanced manufacturing. The job market is a little less competitive than in London so some young professionals choose to get their careers established in Manchester.

Sadly, with all these positives there’s one big con: lower salaries. At approximately £40,000  (but decreasing with distance from the city centre) the average Manchester salary is bang in line with the national average. That’s considerably lower than what the same role might pay in London. That being said, the lower house prices and cost of living might still justify your career move!

However, you like to spend your time there’s something for everyone in Manchester.

Whatever you enjoy, Manchester’s entertainment scene will deliver. If you’re a culture fiend head to Manchester Art Gallery on Mosley street or soak in the mediaeval architecture of the John Rylands Library and Manchester cathedral. The Manchester International Festival is a calendar highlight. Every summer artists from different nations perform across the Greater Manchester area.

Manchester is one of the great footballing European cities - it really wouldn’t be the same without football. So if you can, head to Old Trafford to see Manchester United in action or The Etihad stadium to catch a Manchester City game.

This is a culturally diverse city and the food and drink scene reflects this. The famous ‘Curry Mile’ is a stretch of hundreds of Pakistani and Indian restaurants on Wilmslow road. Manchester has five universities so heading to student areas like Fallowfield and Rusholme is a good way to ensure a cheap night of good food and drink.

Making the move to the North West

If you decide to take the leap and become a Manchester local then make sure you’re all prepped for the big move. Research the different neighbourhoods you might like and the council tax for each of them. To make moving as smooth as possible hire a removals company and make sure your utilities are paid in advance ready for your arrival.

Moving costs will depend on where you’re currently based and how much you’re bringing with you. The cost of relocating a three-bedroom house from London to Manchester is approximately £1,341.

If you have made the move to Manchester and find you have some excess space, why not list on Stashbee and earn some extra cash and provide some space to your new northern neighbours!